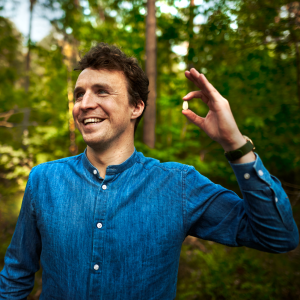 Suppose you buy a box of oranges and at home you find that there are two rotten oranges in the box. Do you suddenly throw the whole box on the compost heap? No. And yet that is exactly what we do with the traditional way of cleaning. “Kills 99.99% of all bacteria”, says the spray can of multi-purpose cleaner you just brought from the supermarket with convincingly screaming letters. It’s still in the grocery bag, along with the strawberry yogurt you love so much, the bottles of kombucha you brought home for your son, and the fermented kimchi Dad used to use when he indulges his culinary talents in the kitchen. And those are just three products in which bacteria play a leading role.

What about our love-hate relationship with bacteria? Aren’t we a bit confused? Sometimes it does seem that way. Perhaps the reason lies in the fact that we are actually not so aware of how much we depend on those microscopic single-celled creatures and how much good they do for us. The fact that they are busy working in our intestinal flora to keep it optimal is no longer such a big secret thanks to all the promotion around probiotic drinks.

But our skin also has a microscopic layer of bacteria and fungi: the human microbiome. And a lot fewer people know about that. There are a billion living on every square centimetre! And there is an enormous diversity of different species, some harmful and some healthy and medicinal. You might be surprised to learn that the skin actually needs some of the bad guys to keep our immune system working properly and efficiently. The trick is to maintain diversity and find the balance with good bacteria dominating the bad. After all, these natural micro-organisms protect us against inflammation and irritation.

When the balance of this natural protective layer is disrupted, things go wrong and nasty ailments such as acne, athlete’s foot and even vaginal infections can arise. We often tackle these with strong agents such as antibacterial soaps, antifungal sprays and even antibiotics. At first sight with a good result, were it not for the fact that the microbiome is further affected and new problems can arise as a result, because the natural protective layer of good bacteria also disappears.

You can put as many antibacterial ointments between your toes and on your feet as you want, but that fungus foot will immediately reappear with the slightest contamination from your environment that your feet come into contact with. And that’s because you haven’t addressed the underlying problem of microbial imbalance.

Have you been bothered by dry hands lately? All those antibacterial gels completely disrupt that balance. Of course we can’t help but wash our hands a lot with corona, but a mild soap does the job just as well.

We carry one and a half kilos of bacteria with us day in and day out. And that’s a good thing, because without bacteria we simply would not survive. Isn’t it high time we started thinking of them as allies and no longer as the enemy to be thoroughly wiped out?

After all, despite their image, most bacteria are not harmful to our health. Many species do very useful work, they keep rivers clean, provide a rich humus layer in the forest, they play an important role in the development and production of medicines and in the breakdown of organic material in nature.

The whole of organisms such as plants, animals and microorganisms, and the area in which they live is called an ecosystem. It is a dynamic system in which the organisms and their living environment interact with each other. Micro-organisms are the basis of every ecosystem. As food for other organisms, but they are also the ultimate recyclers. For example, they clean up organic material from dead animals and plants, and make its building blocks available again for other organisms in the ecosystem. Life on Earth would therefore not be possible without micro-organisms. And that makes them undeniably our allies.

But back to our shopping basket. Would that garish multi-purpose cleaner still be in there if we were aware that literally everything is full of billions of microbes and we also inhale millions of them day in and day out? Because if 99.99 of those microscopic single-celled creatures were also bad for us, then logically we would have to be pretty sick 365 days a year. And yet we are usually perfectly healthy.

So our search-and-destroy mentality is not quite right. The war term is used in a policy aimed at “seeking and destroying” the MRSA bacteria in hospitals. And we do that at home too. We are, as it were, throwing an atomic bomb that kills and destroys everything around it, in order to eliminate one annoying pathogenic germ.

Wouldn’t it then be better to strengthen the system around it so that the germ no longer has a chance to manifest itself? In the past, classical medicine often focused on the ruthless approach. But the biggest breakthroughs are one level higher. A good example of this is immunotherapy in cancer treatment.

Of course we must respect the minority of bacteria that can cause harm, and we do not give them free rein. And we are not throwing overboard the idea of a clean living and working environment, rather the way we define ‘clean’.

But the war that we’ve been celebrating for nearly a century against bacteria in the home may be coming to an end soon. There’s nothing wrong with a clean home or office, but in our zeal to make everything shine like a mirror, we make it sterile and dead. Because the good bacteria also suffer, and that is detrimental to our health.

So it’s time to restore the balance in the house. Time for a healthy indoor flora. Time for YOKUU. 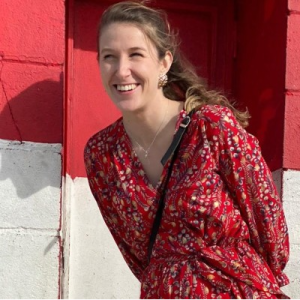